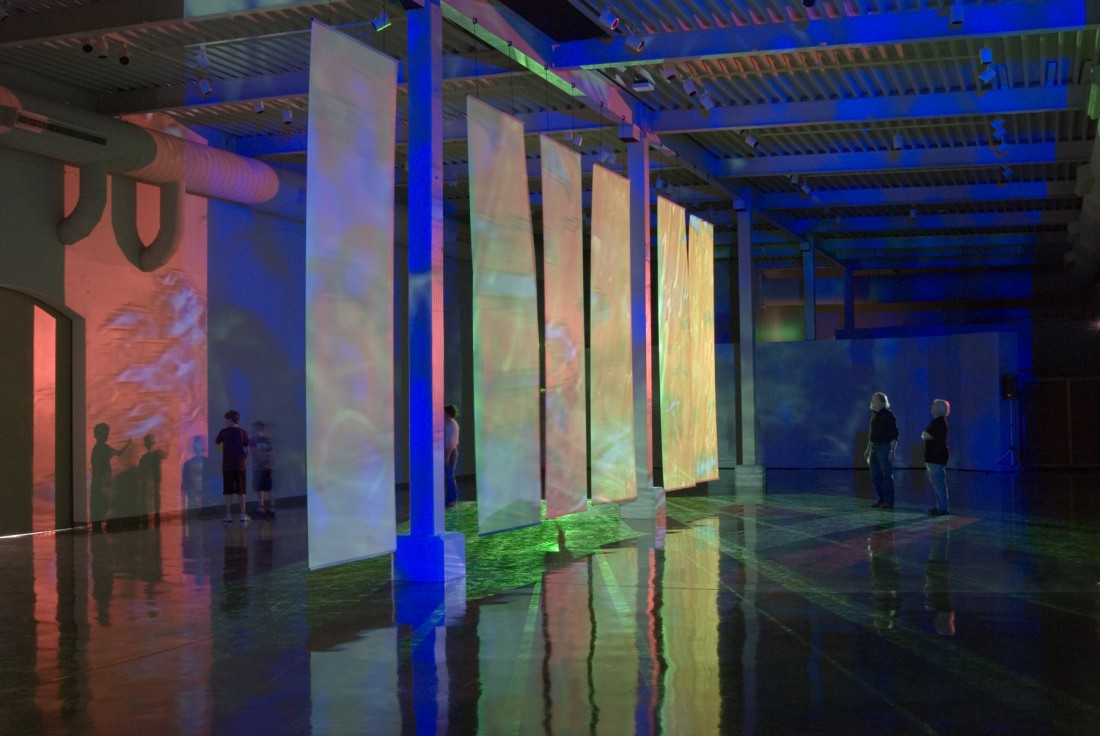 As part of San Antonio’s citywide Luminaria Arts Festival , I have collaborated with Jason Stevens and Leslie Raymond (AKA Potter Belmar Labs ) on a multi-media sound and light installation for SAMA’s Cowden Gallery.

This installation is a new collaborative work by Stuart Allen and Potter-Belmar Labs (Leslie Raymond & Jason Jay Stevens). Using tall fabric screens, three channels of video projected on the screens, and multi-channel audio, the artists have created a large mixing chamber, with audio and video signals overlapping and combining within the space. Conceptually, the installation functions like a giant luminaria made using the tools of the 21st century, rather than from the traditional wax candle.

Designed specifically for the Cowden Gallery, the installation is a natural collusion of the work of these artists. Allen has constructed a series of vertical screens in a similar vein to his current installation, 29° 26′ 14″ N ~ 98° 28′ 55″ W , installed just below the ceiling in the Museum’s Great Hall. The temporal elements of this installation are characteristic of Potter-Belmar Labs’ audiovisual performance works. The video is comprised of three different projections, one red, one green, and one blue. When the colored lights overlap, they create the new and surprising colors from the light-mixing palette. The accompanying sounds result from a mixture of various tonalities moving in and out of synchronization with each other.