The maritime sense of place, expressed in terms of latitude and longitude, as the title of Stuart Allen’s show suggests, is used to anchor us to a fixed point on the map and helps us find our bearings. In this instance, that fixed point is Ursa at the Railyard. Here, the elemental forces known to sailors, such as winds and waters, find a counterpart in the human breath. The constructs that enable us to make use of the elements to bear us along the ocean’s surface and to fly a kite, sailcloth, tension wire, rope, are imagined in a different, though not unrelated, light as the components of human thought manifest as solid objects: the final outcome of the process of speaking, or sighing, where words and breath acquire shape and hold it indefinitely.

To underscore this idea, Allen has assembled mobiles comprised of stainless steel and tension wire that resemble scrawled cursives written, perhaps, on the breath of the wind. The tension created by the wires is how they hold their shapes. If one wire were removed, the shape would change. Allen exploits the mutability of these objects by pointing to the order imposed on them from outside. Similarly, the empirical mapping of bodies, another way of imposing order, doesn’t end with solid objects only, but extends itself into air, into space as with the celestial sphere known to astronomers, and onto light itself. Allen demonstrates this in a series of cropped photographs of daylight taken at intervals and, again, expressed in terms of latitude and longitude, which indicate the precise location where the shots were taken. In Sunset – One Photograph Every Two Minutes / 29° 27′ 8″ N ~ 98° 30′ 4″ W / 03-16-2007, Allen presents a graded view of how the light may change over time throughout a portion of the day. One might expect, as the word “sunset” suggests, that the timed photos would reveal a gradation from light to dark, but what we have instead is a record of unexpectedly variable hues that points to a change in the quality of the visible spectrum and not its impending absence. The mutability of light expressed as color can also be seen in photos, comprised of no more than nine pixels each, of the sky at various locations.

The Aristotelian empiricism demonstrated here points to both the arbitrariness of how we record data and its usefulness in conceptual art. Consider Allen’s Box Kite: 23,890 cu. inches / Approximate Volume of Air / Breathe in One Hour (at rest), which is exactly what it says it is: the approximate volume of breath produced in one hour while at rest expressed in cubic inches. This information has no bearing on whether or not it can actually be flown, but like his other kites, including one designed for flying under water, it probably can. But Box Kite brings us back to the idea of constructs as the extension of breath and voice, which also have measurable qualities.

Allen’s work puts us in mind of the symbiotic relationship of man-made machines with the temporal conditions that enable their use, but with an inherent respect for the conditions themselves: ever changing despite attempts to measure and contain them.

– Originally published in THE Magazine, Dec. ’07 / Jan. ’08.
No part of this essay maybe reproduced or reprinted without the permission of the author. 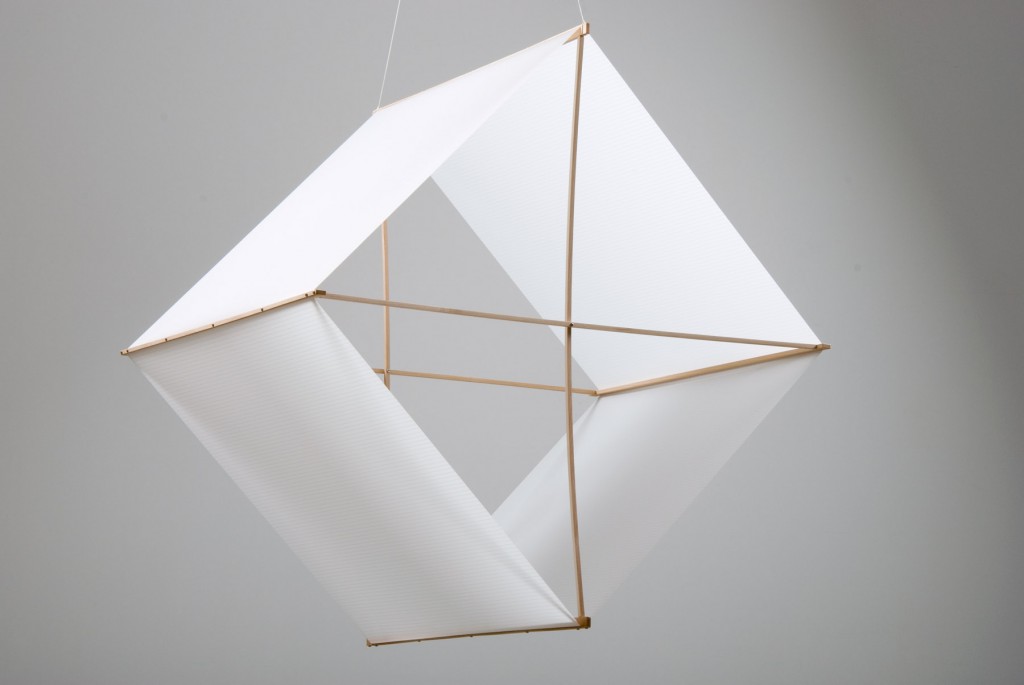