I’ve been making photographs of light trails for a number of years. The process began as an outgrowth of previous work that dealt with the movement of air. I was introducing kites, large pieces of silk, and smoke into photographs in an effort to make the complex currents and eddies of the wind visible. As I shifted my focus to the movement of water, I found that fabric floating in a moving creek simply didn’t maintain the subtlety and grace of the same material floating in air. Eventually, it occurred to me that a long exposure of a light floating down a creek at night would create a trail and document it’s own path. This level of interaction with the landscape proved interesting to me so I continued my nocturnal wanderings, tripping on more than my share of rocks in the dark.

The Night Lines series reflects my physical interaction with photographed spaces. Stepping out from behind the camera, my role shifts from observer to participant. In most cases, paths were improvised on site rather than premeditated. Consequently, the lines document my response to place and, in a sense, become self-portraits. Though the series began with an effort to record the movement of water in the landscape, ultimately my personal movement became the primary subject of the work. 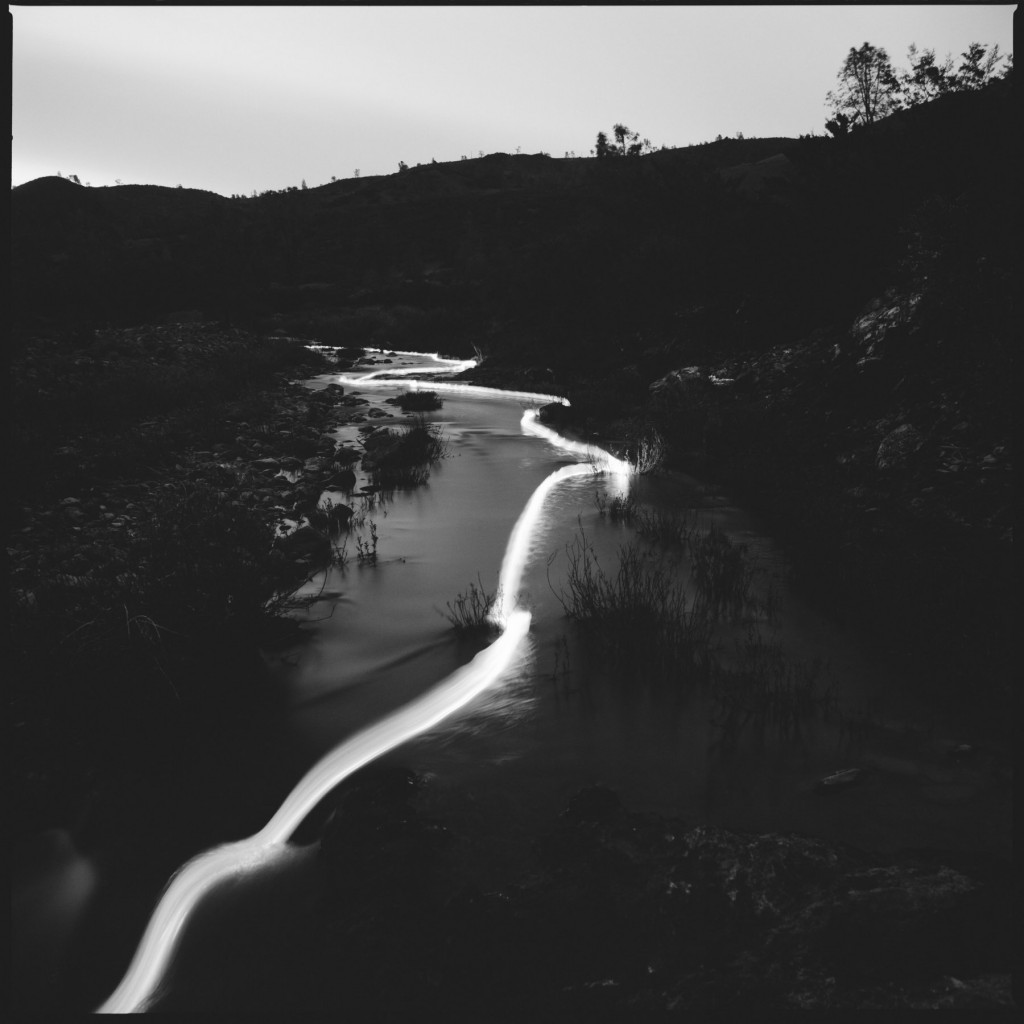