The original version of this photograph contains 1,920,000 tiny blocks of color known as pixels. It was made with a consumer-grade digital camera on the west coast of Baja California, Mexico on October 14, 2003. Within a second of my pushing the shutter release, the camera assigned each of these pixels one of over 16 million possible colors. All of the images in this series are extracted from the original 1.92 million colored pixels that define this coastal scene.

The process of making photographs is largely an exercise in editing. By pointing the camera in one direction, the photographer – consciously or unconsciously – chooses to exclude all that lies outside the lens’s view. The photograph serving as the source material for this series is not the result of a careful editing process. It, like hundreds of other snapshots taken on the same sailing trip, was made in a spontaneous manner. The ease of erasing a digital photo (and the freedom from film and processing costs) contributes to this carefree style of photography. A more rigorous editing process occurs later, when sifting through the many folders of snapshots stored on my computer’s hard drive.

The work in this series represents an altogether different form of editing, one that has occurred within the myriad colors and patterns that define a single photograph. Aside from a dramatic increase in scale, the pixels have not been modified or re-arranged. They are color studies mined from the internal structure of the source photo. Their original function – the depiction of a particular coastal view, on a particular day in Baja – is essentially lost. Collectively, they tell something of the scene; but it is a decidedly abstracted version of the original – offering a sense of place rather than a concrete description. 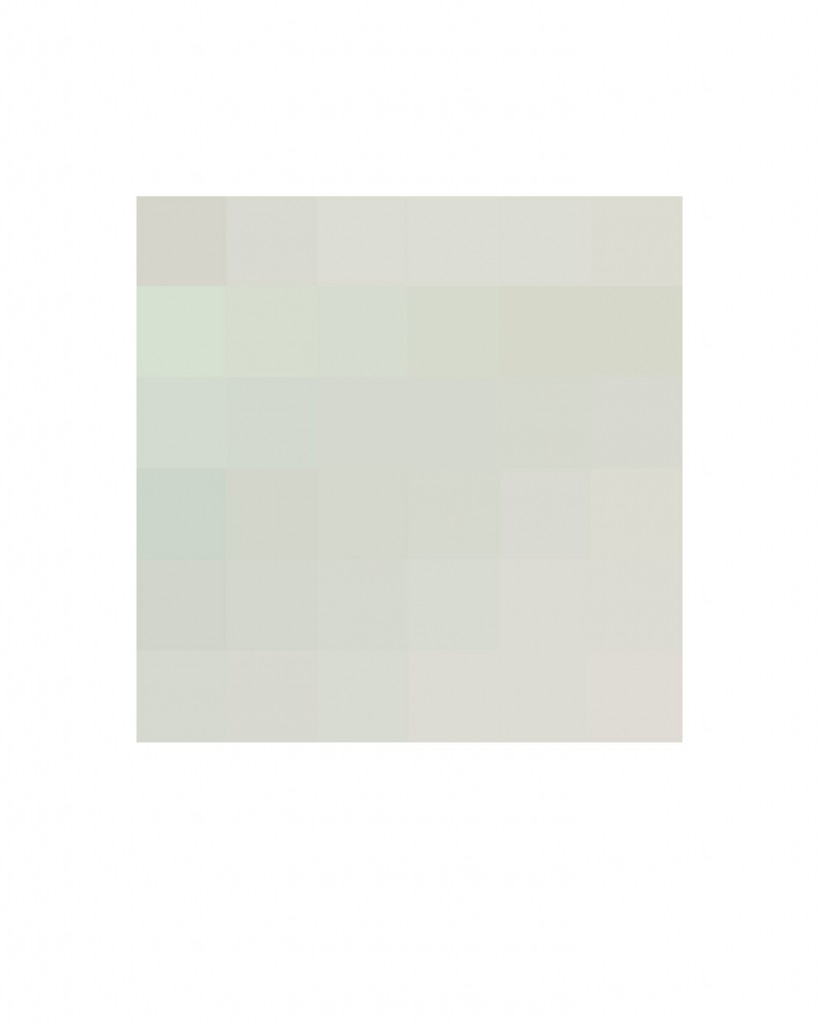